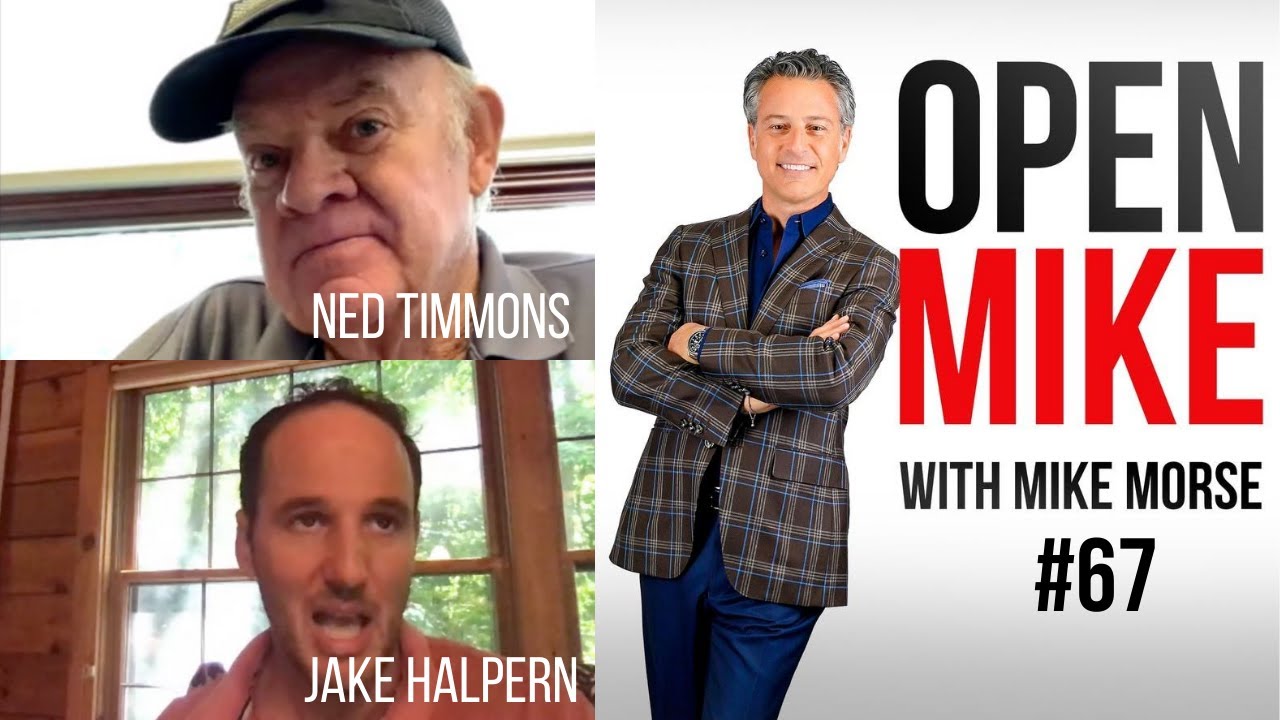 Jake Halpern is a prolific journalist, storyteller, and Pulitzer Prize-winning author. Ned Timmons is a former FBI agent who spearheaded investigations in the 1980s that led to the indictments of the world’s most dangerous drug smugglers. Together, they’ve collaborated on Deep Cover, a podcast detailing one of Ned’s undercover missions that unwittingly led to the U.S.’s invasion of Panama.

In this compelling episode of Open Mike, Jake and Ned discuss the creative journey they underwent during production of Deep Cover, insights they’ve gleaned from each other along the way, and reasons that undercover assignments of this magnitude could never happen in the present day. Jake also reflects on ways his 2018 Pulitzer Prize has affected his life and career.

[0:08] Introducing today’s first guest, Jake Halpern[1:41] Jake’s background and epic, fantasy series Dormia[3:16] In addition to writing for dozens of publications, you teach at Morse University (no relation). How do you like being a professor?[4:33] You won the Pulitzer Prize in 2018 — what was that like?[7:34] When you say you wrote a graphic narrative, a “true comic” about a refugee family’s immigration experience… is it funny?[9:09] What is the book called?[10:10] Is it a strip?[13:31] Is winning a Pulitzer like winning an Academy Award? Since then, how has your career changed?[15:29] Your podcast Deep Cover with Ned Timmons is amazing. It hasn’t been out very long, but you have over two thousand five-star reviews. Do you know how many downloads you have?[16:35] Ned’s background, time as an FBI agent, involvement in the overthrowing of Panamanian dictator Manuel Noriega[18:29] How did you learn about Ned and what made you decide to collaborate on this podcast?[23:34] How long did Deep Cover take to investigate and record?[24:36] How many episodes is it?[25:08] Introducing Ned Timmons! Welcome back Ned.  How’d it feel to hear us talking about you for the last twenty minutes? [25:42] Ned, how was the experience working with Jake for the last year-and-a-half?[28:33] Ned, when you were telling these stories, part of the shock factor is that you were a one-man operation, doing some amazing, dangerous work, making life-or-death decisions without supervision.[32:59] Why do you think this story is resonating with millions of people, right now?[34:46] Ned, what is it about you that kept you from being scared and paranoid, that allowed you to do this?[37:35] Jake, why do you think there are millions of downloads, what is resonating with people?[38:00] With COVID-19 and a divisive political climate, this story has mass nostalgic and escapist appeal[40:03] Ned, what is it about Jake’s story-telling that is so special? What did you learn from him?[44:57] Ned’s ex-wife witnessed him bringing burdens of work home with him; their marriage story is the most powerful element of the narrative[46:01] Jake, you also have a movie called Secrets of the Temple coming out; when is that being released?[47:43] Thank you for watching this episode of the Open Mike podcast! Watch This episode!