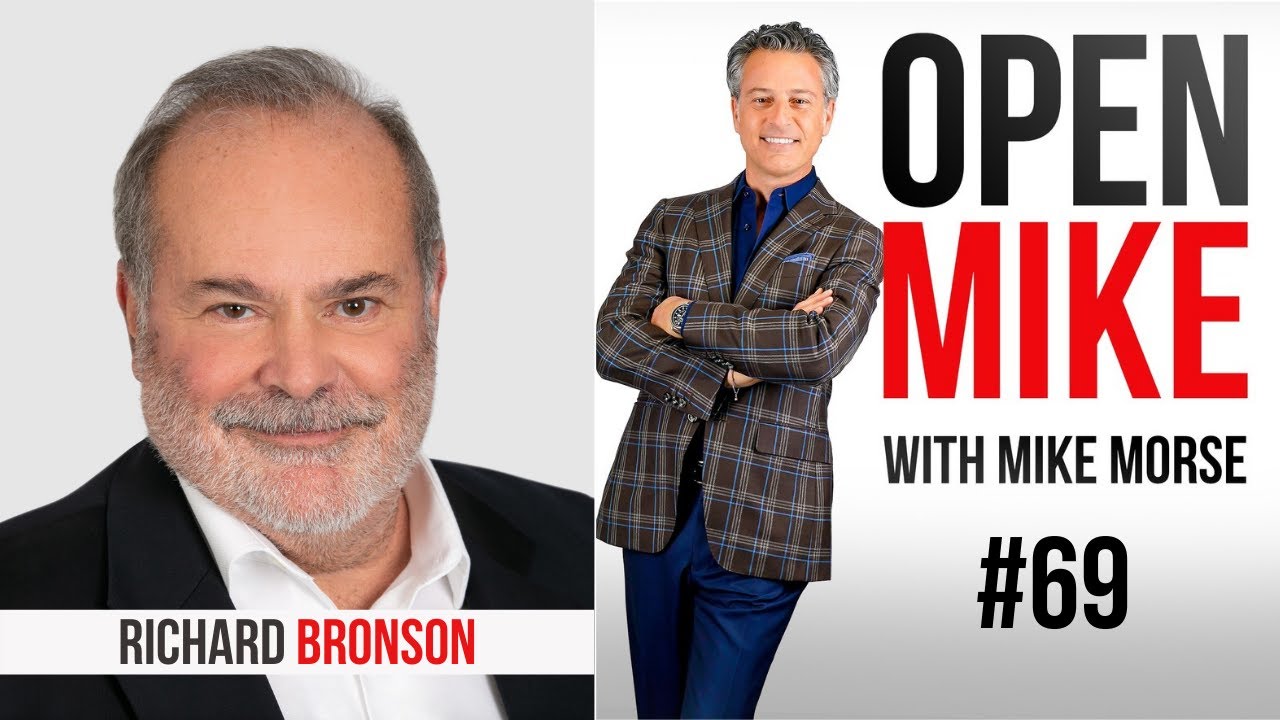 Stacks of money. Excess of drugs. Sex with models. These are tropes found in most Martin Scorsese films. They were also staples of Richard Bronson’s actual life. Today, he is CEO of 70 Million Jobs, which does the honorable work of helping people with criminal records find employment. But, in the 1980s, he was leading a lavish, hedonistic lifestyle as partner of Stratton Oakmont, the former brokerage house The Wolf of Wall Street was based on.

In this salacious, ultimately moving episode of Open Mike, Branson poignantly reflects on his meteoric ascent within the Manhattan stock exchange scene, earth-shattering fall from grace, and inspiring path to redemption.

[0:07] Richard Bronson’s background, CEO of 70 Million Jobs, former partner at Stratton Oakmont, the firm that The Wolf of Wall Street was based on.  [01:28] Introducing today’s guest, Richard Bronson! [01:36] What was the firm you were partner at, Stratton Oakmont? Your partner was Jordan Belfort? [02:10] For those who have seen The Wolf of Wallstreet, what years were you there? [04:08] These paychecks people are showing you — what are the numbers, what were people making? [05:07] Were they putting clients in decent investments? [07:12] What we saw in the movie… how true was all that? [07:30] Richard details the decadence and drug usage rampant at the firm. [10:21] What’s one of the most shocking experiences you had while you were there? [14:14] It sounds like you’d have to win or lose a million dollars just to feel something? [17:15] You were making millions of dollars — what was your impetus to leave after a year-and-a-half? [20:58] The people you were selling stocks to… were they losing everything to invest? [24:24] One day you were at the office and the Feds walked in… what was that like? [27:15] Richard expresses his relief at his financial dealings being exposed and the opportunity to pay back conned investors. [32:46] Where did you serve your prison time? [34:21] Did you ever lie there at Riker’s or the other, cushier federal prisons, and think of the helicopter rides, Quaaludes, tens of millions of dollars of art…and reflect on that contrast in just a couple of years? [36:10] Richard discovered that his calling in life was to help thousands of recently released prisoners and utilize technology to help them obtain employment. Commissary Club is the first social media network for people with criminal records where they can connect with and inspire each other. [39:27] One in three American adults has a criminal record. [40:51] You’re trying to change some laws so that people with criminal histories don’t have to “check that box” when they apply for a job, correct? [42:16] How do you convince big companies to take a chance on someone who’s made a mistake in the past? [44:48] As much as 43% of people with records are currently unemployed [46:29] Did you know that if someone is exonerated from prison, they have no parole rights or benefits? [47:38] You mentioned you still talk to Jordan Belfort — what’s he up to these days? [48:44] Did you consult on The Wolf of Wall Street? [49:41] Thank you for watching Open Mike! Watch This episode!