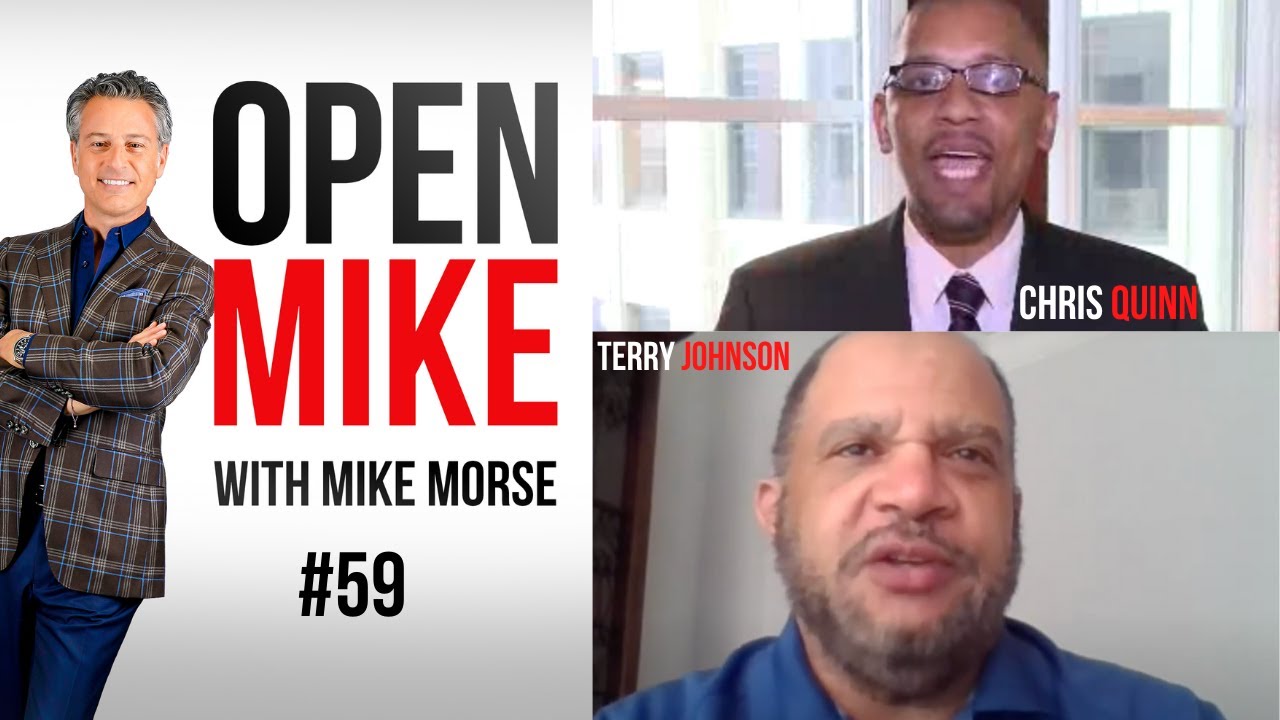 Chris Quinn and Terry Johnson represent the Hill and Wuestenberg families who are on opposing sides of a prominent felonious assault case. Jillian and Eric Wuestenberg, are a white couple who allegedly pulled guns on the Hills, a black family, in the parking lot of a Chipotle. A video of the incident, filmed by one of the Hill daughters, went viral soon after.

On this episode of Open Mike, Chris and Terry tell Mike their respective sides of the story. Chris claims this incident is proof of racial bias in America while Terry believes the Wuestenbergs were acting in self-defense. Tune in to hear both sides of the argument in this special two-part episode.

[0:01] Mike Introduces Hill vs Wuestenberg case where a gun was pulled in a Chipotle parking lot[2:14] Chris Quinn is the Hill family’s lawyer[2:54] What happened to your clients, the Hill family?[4:13] Watch the video of the altercation here[6:22] Did both of the Wuestenbergs have guns?[6:44] In an incident between an adult and a fifteen-year-old, the adult should be responsible[7:33] What did the fifteen-year-old say?[8:15] Ms. Hill never threatened violence[9:14] Being rude doesn’t give someone the right to threaten someone with a gun[10:55] Did the Wuestenbergs have licenses to carry[11:19] What is Felonious Assault?[12:48] When is the first court date?[13:20] The current crisis of unarmed Black people having guns pulled on them[15:49] The Wuestenberg’s attorney’s response to accusations of racism[16:57] The Wuestenbergs felt pulling a gun on an unarmed mother and daughter was justified[17:31] Have your clients considered filing a civil suit as well?[18:46] If you could ask the Wuestenbergs one question, what would it be?[19:25] Do you have any parting thoughts on this?[20:14] Thank you for watching Chris Quinn’s interview on Open Mike, stay tuned for an interview with the Wuestenberg’s attorney[20:21] Introducing the Wuestenberg’s attorney, Terry Johnson[21:13] What is your day to day law practice like?[22:17] Check out Terry’s website here[22:39] If the Wuestenbergs had been members of Fire Arms Legal, what would happen?[23:21] Is there more to this story that isn’t in the video?[24:41] The Wuestenbergs claim that there was no bumping inside Chipotle[32:23] Did the police show up at the scene?[32:50] When can someone pull a gun on someone?[33:57] How could the Hills have caused serious bodily harm?[37:12] What were the charges against your clients?[39:55] Terry explains his quotes about how Eric and Jillian Hill’s lives have changed[42:44] If the Hills had been white, would your client have pulled a gun?[44:53] How long ago was the incident?[45:58] No one is considering why the Hills made the bump a problem in the first place or filmed it[48:35] How would you tell your firearm student to behave in Ms. Hill’s situation?[50:30] Watch Mike’s interviews with Karen McDonald and Jessica Cooper[51:27] Terry believes that the current political climate has affected this case[52:40] Shootings of unarmed Black people in America[58:40] Thank you for watching this episode of the Open Mike podcast! Watch This episode!